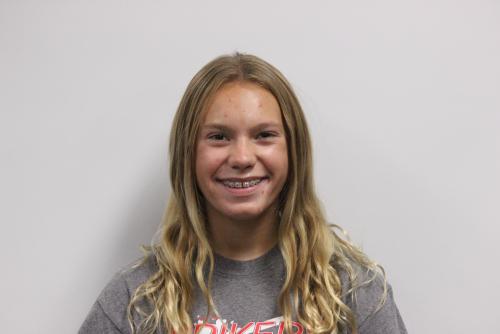 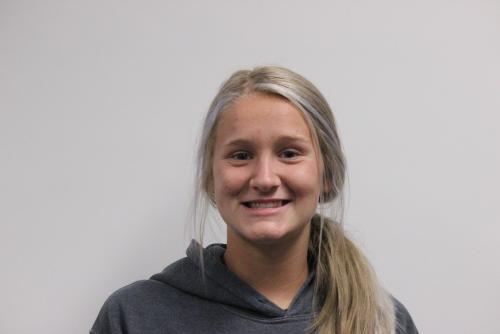 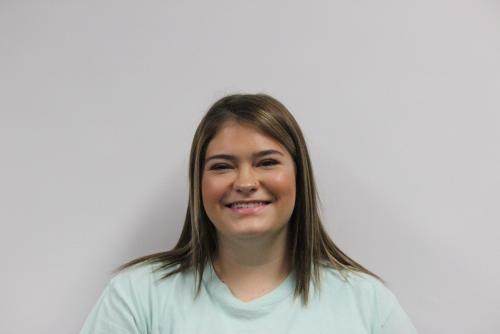 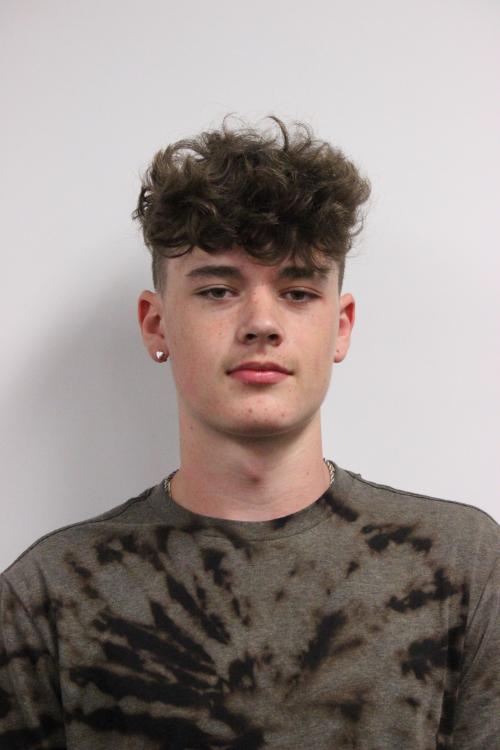 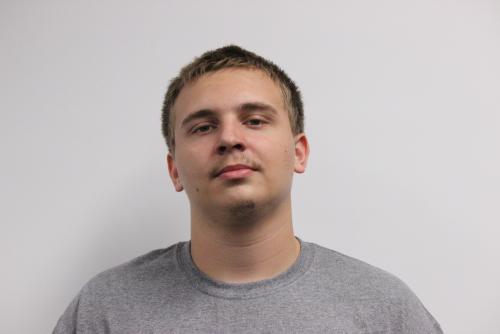 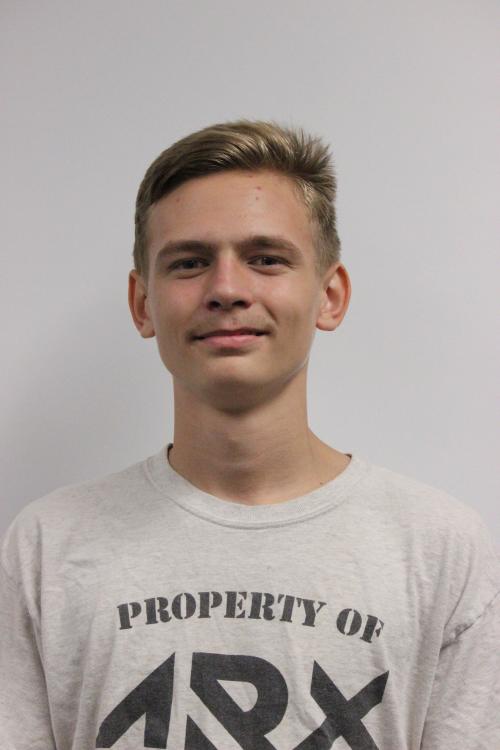 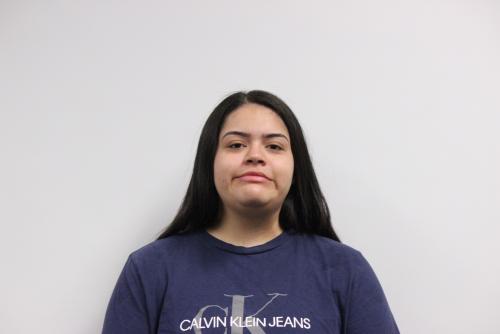 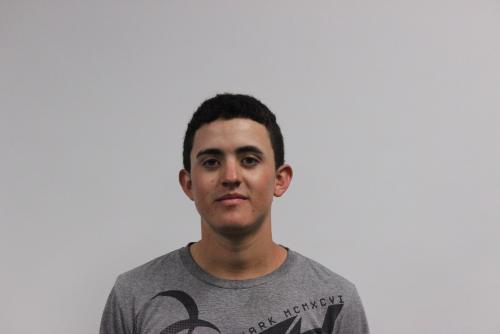 Senator John Doll visited with the Deerfield Middle School and High School Student Council during lunch on Tuesday, September 21st. He spent time sharing information and stories about his career in politics and what it is like to work in Topeka.

Senator Doll gave students ideas on how to be excellent representatives for the middle school and high school student body. He also visited with students on the process for being a page at the capitol building during the legislative session.  The students showed great interest in all he had to say and really enjoyed his visit. 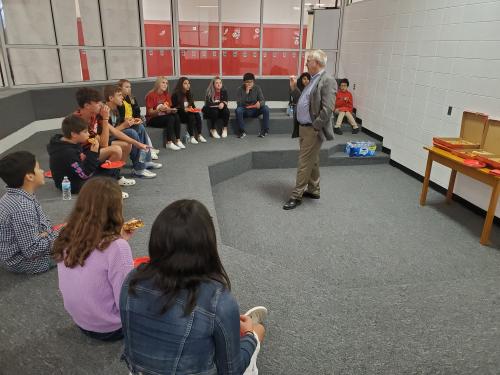 On Wedsday, September 29, 2021, both Middle School and High School STUCO went to this conference. This conference was held in Dodge City, Kansas. This conference has been held there in years past, but due to Covid-19 was not able to have it last year. When we had arrived they provided water, dounuts, and had a backdrop set up for STUCO groups could take pictures. For entertainment before it had start was just dance,which had amazing songs to dance to. What they did to get us all awake and ready for the conference the Dodge City Drill Team gave an amazing show. Once They had everyone was introduced, they inroduced the amazing speaker we had. Her name is Kim Karr.

What Kim was speaking on was how social meadia can be used in a positive and a negative, she also explained how easy things can spread between people,brought out the stalkers to frind information on other people, but Kim was also able to keep everything real nothing sugar coated. Kim talked about peoples negative expirence on social media, and how people changed it into a positive powerful moment in humanity. It was honestly real how bad social media can be, but some people have already felt these negative this on social meidia. Kim also talk about mental health which is very important as those are injures that are invisible. We got a lot of ideas of what we should do to regonize or help clam down mentalhealth. The last activity we did was with our flashlights. They asks us questions that started off easy then they had the hard hitting questions. This activity was surreal  of how many people’s flashlights were up. Was a very good expirence to be apart of.

Our last activitives was the groups to share ideas and what we do at our schools. How they put us in our groups was very simple we all had name tags that had a letter, so they annoced where all the letters were and that is where you went. Where we had an acronym and under all letters we all had an event or activites that went with the coressponding letter.Over all I think everyone got amazing ideas and a great expirence from this conference.

TThe Deerfield High School Stuco helped Officer Hartman with the saftey week activity that took place on Thursday November 4th. In this activity their was a demostration on an airbag impact, driving with drunk googles, and a simulation of wearing a seatbelt in a wreck. All the High Schoolers involed with the activity leared how important it is to not drink and drive, the importace of a seatbelt, and overall had a great time with this activity. The students of Deerfield Middle School was given the opprotunity to also involed in these activties, as it is very import for them to see the effects of druck driving, making sure to wear your seatbelt, and the impact of an airbag.