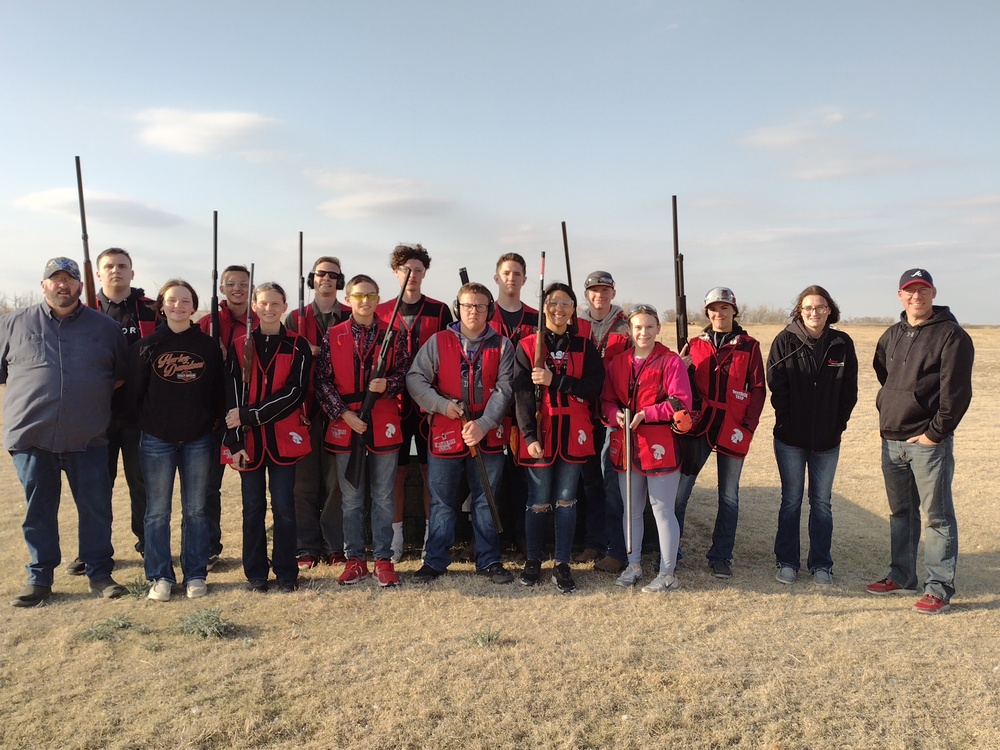 Something to note about our team is we have a mixture of middle school and high school students on our team. The league allows 6th through 12th-grade students to participate. During our season, we had two young men shoot straight 25’s. Brayden Huband earned his straight 25 patch during reserve week, and Gabriel Crist earned his straight 25 patch in the 5th and final week of competition. If you know anything about trap shooting, you know some can shoot all their life and never shoot a straight 25. Well done, men!!

As with every season, we have had some great people help without being asked. I would like to mention Isaac Luna, who helped at practice and shooting events. I also want to recognize the Lakin Gun Club and the board of directors who provide a place to shoot, targets, and some of the ammunition. We also have many who donate and make it possible to buy ammunition. Tim Claar, owner of Top Guns, provided ammunition at a reduced cost. I would also like to thank Gilbert York, Leroy Brown, Danny Crist, and Isaac Luna, who has helped with practice and anything I needed to help the team. Keith Miller made the team some very sharp hats this year. Thank You, Keith! I also want to thank two young ladies who came out and volunteered to be our managers. Addisyn Huband and Shaylie Hill volunteered their time to score and pull for the team, and their efforts are very much appreciated.

This year we were able to add an assistant coach to our team. Brett Smith has always helped throughout the years when needed. I am pleased to be able to add Brett as an assistant coach. There is always a ritual of things to do before the kids show up to shoot, and I really couldn’t have done it without the help and support of Brett. Brett also has a good rapport with the kids and can instruct and correct things when needed. Thank You, Brett!

Even though regular season shooting is over, our team will be traveling to Sedgwick, Kansas, for the Kansas State High School Clay Target League State Trap Championship on June 18th. Please wish our team well.