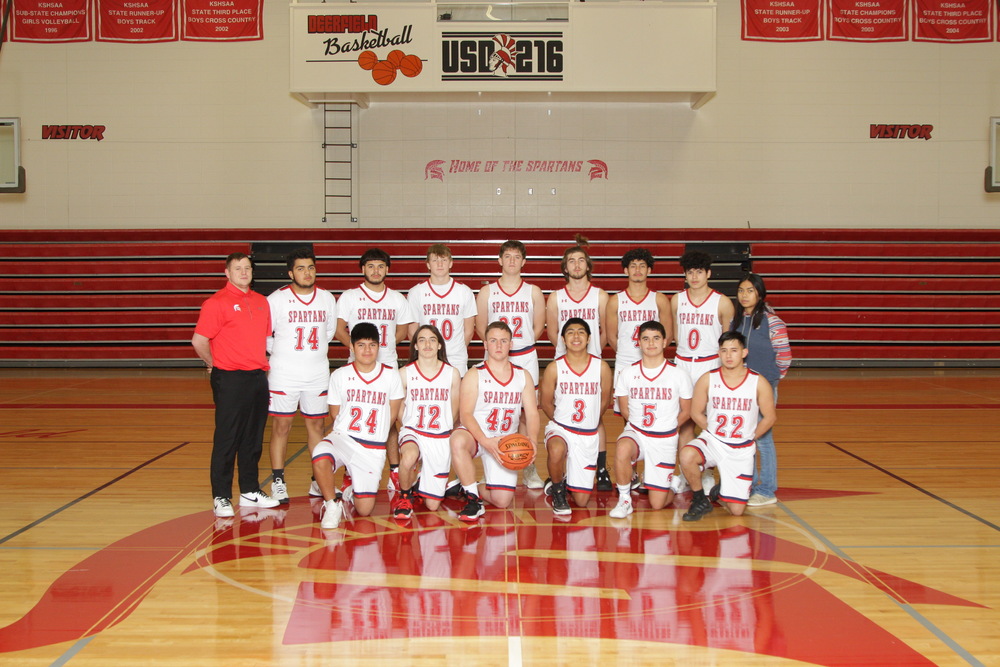 On Monday, the Spartans played Cheylin. This game was scheduled for January 3, 2023, but we had to reschedule it to last night due to the weather. The final score was Deerfield 50 - Cheylin 55. Below is Coach Towle's quote from the game.

Spartans played 8-1 Cheylin, ranked top ten in the state, and went toe to toe with them in a Monday night heavyweight matchup. Cheylin jumped out early on the Spartans, pushing their lead to 10, and the Spartans battled back and cut the lead to 5 to end the half. Spartans came out firing in the third quarter, going up five but just couldn’t put Cheylin in away. Cheylin did just enough to close the game out and come out with a win over the Spartans.

Coach Towle said after the game that was high-level basketball being played by both teams. Both teams had chances to win the game, and in the end, we came up a little short. I’ve said before, and I’ll repeat it, this team has come a long way, and they continue to battle against good teams. Cheylin is a team that will have a chance to go to state, and we went toe to toe with them. We have to clean up some things at the end, and I have to do a better job of putting our guys in a position to close the game out. That’s on me today; the boys gave me everything they had.

Spartans return tomorrow on the road against Western Plains/Healy for another challenging game.